Hello everyone and welcome to week 2 of Blog June!
I hope you have found the posts so far to be enjoyable and thought provoking.


Since completing my information studies degree, I have constantly been dazzled by the sophisticated and often surprising ways in which people seek to structure, organise and store information in their everyday lives. Nowhere is this more apparent than in online fan communities, where thousands upon thousands of people who have never met gather and (perhaps unintentionally) create some of the most impressive metadata structures I have seen. This is all in the pursuit of finding and storing online information relating to the thing they love.

I have been an avid fan of Japanese anime since I was 10 years old, and like many anime fans, I constantly have more than one anime show on the go. While browsing the internet one afternoon, I came across the site http://myanimelist.net, which allows fans to create a personal database of all the anime they have ever watched - or hoped to watch - using a complex metadata scheme designed by none other than the fan community itself. 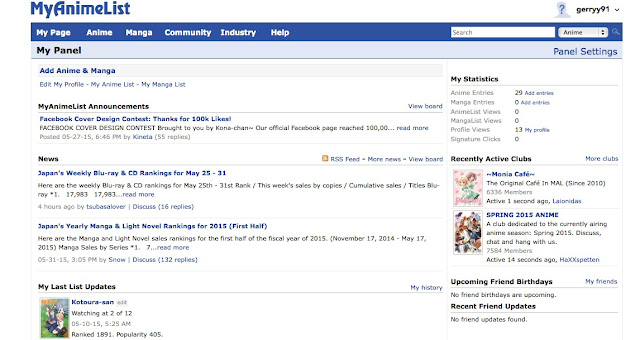 You may ask why anyone might be interested in keeping a personal, online log of what animated cartoons they’ve seen, and from an outside perspective, I wouldn’t blame you! But as an anime fan, I instantly saw the benefit of signing up and creating a database of my own. Like with many fandoms, anime fans are intrinsically aware of the different categories and sub categories which anime falls into. This can be difficult to grasp, considering that it is based on a distinct categorical hierarchy. As anime is a visual medium, visual signifiers often come to classify an anime before plot and themes. For example, the wildly popular anime and manga series Death Note belongs to the supernatural fiction and shonen jump (boys action) genres. While the series Madoka Magica could also be considered supernatural fiction due to its dark themes and magical elements, fans recognise that it is first and foremost a shōjo (girls) or mahō shōjo (magical girl) genre piece, thus separating it into a separate category and the same sub-category.

Since most anime fans follow multiple story lines across multiple genres, and given that there are over 3000 anime titles to date, it stands to reason that a personal database or log of each anime series, where you are up to in it, what it is, and how much you like it, could be very useful to anybody with an interest in this area. 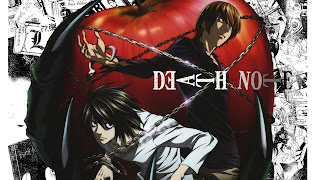 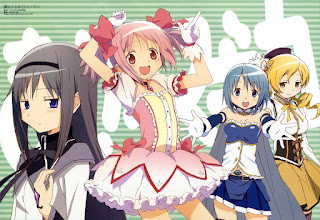 Using My Anime List, fans are able to find and categorise their anime based on which stage they are progressing in watching it with. Users can indicate whether the anime is one they are currently ‘Watching’, have ‘Completed’, have ‘Planned to Watch’ or have ‘Dropped’. Each anime is then further classified based on what type of anime it is (for example, TV show or Original Video Animation - OVA), how many episodes they have seen, when they began and finished watching it, and how much they liked it (giving it a rating out of ten). This metadata then gives the user a median score of how much they like the anime they watch, how much of each type they watch, and   (scarily) how many days they have dedicated to watching anime overall. 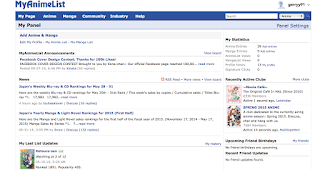 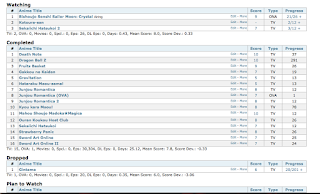 My personal anime list, showing how information is organised using the site’s metadata

It is clear from observing this page that the fan community has a very distinct idea of what type of information is important to them, and how they wish to be perceived when compared to the wider community. It also assists the user, at a more rudimentary level, to keep track of the often overwhelming amount of information they must process, store and share with one another in order to be considered a part of this community.

Overall, I think that studying information management and library systems in online fan communities can give a fascinating insight into the way in which people think. What we can learn is that the need to classify, store and organise information is a fundamentally human characteristic, which extends far beyond the professional world.

Do you belong to any fan communities which also use complex and interesting information storage systems? Share your thoughts below!