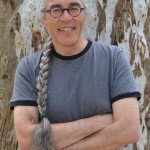 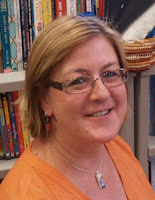 Judith Ridge is internationally recognised as one of Australia’s leading experts on writing for children and young adults. Judith has worked as an editor, teacher, writer and critic. Her experience as an editor encompasses more than six years at the NSW School Magazine, in-house at ABC Children’s Books and as a freelancer for Random House, Penguin, Walker Books Australia and O’Brien Publishers Ireland. She has taught children’s literature at Macquarie University and established the Writing for Children and Young Adults course in the MA of Creative Writing program at the University of Sydney. For the past 8 years she has taught a short course in writing children’s books at the Australian Writers’ Centre. Judith is an Honorary Associate in the Faculty of Education and Social Work at the University of Sydney. Judith has written about children’s and youth literature for journals such as Viewpoint and Magpies, Australian Book Review,Publishers Weekly (US), AustralianBookseller and Publisher, The Horn Book(US) and The Melbourne Age. She has spoken at numerous conferences, festivals and seminars in around the world.
Currently, she acts as a consultant to the Sydney Writers’ Festival on their children’s and youth program, including coordinating the Festival’s School Days programs for the 2013 and 2014 Festivals. Judith has been a judge four times on the NSW Premier’s Literary Awards, is a Churchill Fellow and has an MA in children’s literature. Since 2007, she has been Project Officer on WestWords: the Western Sydney Young People’s Literature Project.
Posted by ALIA Sydney at 13:09