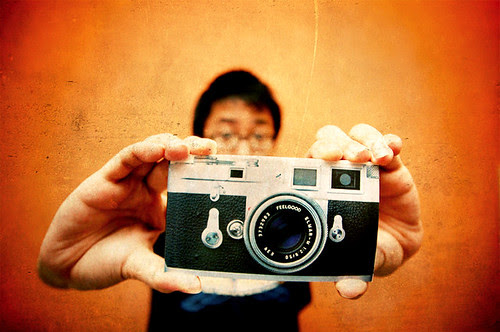 It wasn’t long ago in the not too distant past that looking at photos was mostly a family affair. Think family slide nights that you enjoyed in the privacy of your own home. Or the old holiday snaps that you’d have to wait weeks for, while your Mum finished the rest of the roll and then the additional wait while the roll got sent to get developed at the photo developing place. (Why did that second wait always seem to drag on forever? But it really made the anticipation worth it, when you ripped open the yellow package to thumb through the photos!) Anyway, this is not a blog post reminiscing about old photography technology of yore, but rather a celebration of what the technology now allows us to do.

Photos have never had such broad coverage until now, what with the advent of social media photo sharing sites. Now everybody in your entire online social network can see your holiday snaps and pictures of your pet cat at the click of a mouse. Facebook, Flickr, Picassa and iPhone apps such as Instagram and Moby have changed the way that  we share and view photos.
Some would say that everyone having access to embarrassing or unflattering photos of you on Facebook is less than ideal, (the untag button is your friend! As is setting your privacy settings!) but it's these very same applications that are allowing some libraries and other cultural institutions to do some amazing things with photos.
It all started off with The Commons, a 2008 joint initiative between the Library of Congress and Flickr. According to The Commons website this project has two main goals:
The Commons is a really cool way for libraries and other cultural institutions to share their photographs with the public. It allows users to tag photos, comment and write notes, thereby making it a truly interactive and social experience.
For those interested in how the project began and insights into a survey of participating institutions, Jason Vaughn has written a comprehensive journal article on

Insights into The Commons on Flickr1
Other libraries have chosen to utilise Flickr in other ways. According to Ellen Forsyth and Leanne Perry's article on Picturing your Community: Flickr use in Public Libraries2, the main ways public libraries are using Flickr are to record events and to promote their collections.

Some organisations are creating mobile technology apps which enable users to interact with a library's special collections. 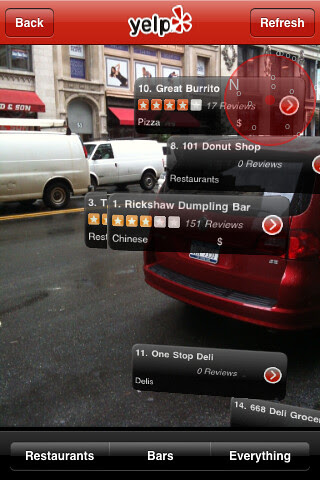 One example is the Department of Records in Philadelphia, which has supplemented its online PhillyHistory.org portal with a mobile-enabled app which allows users to geolocate themselves, and then view historic images while walking near the location that the photos was originally taken. Boyer's article entitled From internet to iPhone: providing mobile geographic access to Philadelphia's historic photographs and other special collections3outlines this project.

The Philadelphia Department of Records and software engineering company Azavea have also created an augmented reality app which enables users to see visual overlays of historical pictures on live camera images. According to the Azavea iPhone app store description, you can:
'Point your phone at a nearby building or street and discover historic photos of that location, pulled from the PhillyHistory.org database of over 93,000 images.'

A white paper about this project is freely available and can be downloaded here.

The Powerhouse Museum in Sydney also uses augmented reality via the app Layar, which allows users to see the Powerhouse Museum's historical content overlaid on a real world view. You can check out Seb Chan's blog post about it here.

Some institutions are now using iPhone photo apps. A quick Google search throws up the Powerhouse Museum again, as an early adopter of the iPhone photo app, Instagram. They're utilising it as part of their Photo A Day series.

Instagram is a free iPhone app which allows you to take photos using your iPhone camera, apply a selection of filters to the photo, add a caption, geotag it (if you choose to), and then share it using various social media platforms eg Facebook, Twitter, Foursquare, Flickr, Tumblr or Posterous.

The popularity of Instagram has even spawned 'spin-off' apps that utilise Instagram in different ways, from printing out photos, photo viewers, and my personal favourite, Postagram, which enables you to purchase postcards of your photos, to send to friends and family! Even whole communities of Instagrammers have started popping up, all over the world. You can check out a list of some of these third party apps here.

Could this be a way forward for libraries to share their collections? I've started posting "Awesome book titles of the day" Facebook and Twitter updates as a fun way to share the collection whenever I come across fun-sounding titles, so maybe Instagram could be another easy way to celebrate even more random book titles? Or maybe you could hold an Instameet at your library, and have people take photos of their favourite things in the collection to share with others.

(For those interested, previous winners of my awesome book title of the day include:
- 'Sex, drugs & sea slime: the oceans' oldest creatures and why they matter'
- 'Statistics for the terrified biologist'
- 'Of Peaches and Maggots: The story of [the] Queensland fruit fly'!)

As with all new technology, care must be taken when considering issues surrounding copyright. Who owns the photos once they have been shared? How do third party applications use the photos that you've shared? Do you relinquish all of your rights to the photos when you post them? This article by Jeff Cormier on Your photos? Not so according to many popular photo-sharing apps! is a good read that sets out the murky waters surrounding copyright issues with these apps.

What are the other issues that libraries should be concerned about? What other innovative photos tools and apps are libraries using? Please share your thoughts in the comments below!